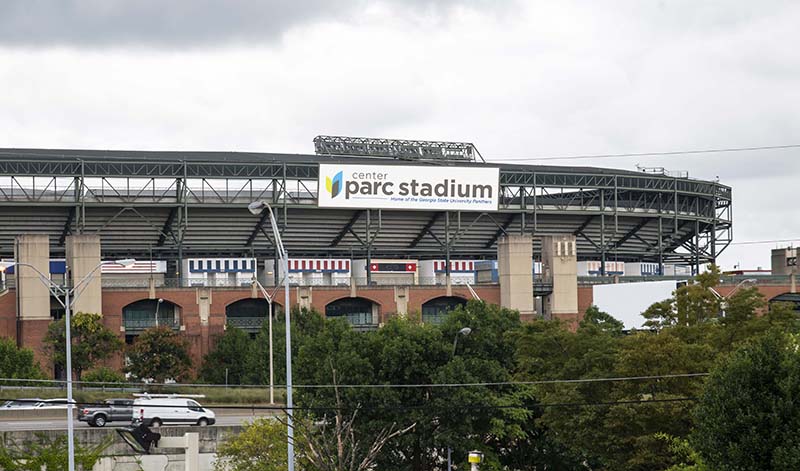 Center Parc and Georgia State Athletics have agreed on a 15-year contract for
naming rights to Georgia State Stadium, which will be called Center Parc Credit
Union Stadium or “Center Parc Stadium.” With this long-term partnership, both
organizations are committing to supporting growth and community engagement in
Fulton County.

Georgia State Stadium, previously named Turner Field, was originally built for the
1996 Olympics and was the site of the opening and closing ceremonies as well as
track and field competition. It was then converted into a ballpark for the Atlanta
Braves, who played there from 1997 through 2017.

“Putting the Center Parc name on Georgia State’s football stadium is a once in a
lifetime opportunity to help transform a historic part of our city,” said Chuck Head,
president and CEO of Center Parc and APCU. “I grew up in this area, as did my wife
and kids, so I have a strong personal resonance with this iconic sports venue. I’m
proud to make Center Parc a part of the memories that will be made for generations
to come.”

“We are thrilled to be a partner with a socially conscious organization like Center
Parc Credit Union,” said Mark Becker, president of Georgia State. “We believe it will
have a great impact on our community as well as our university and our athletic
program.”

Center Parc’s direction for growth is well synchronized with Georgia State’s
development within the community.

“Center Parc Credit Union is both an emerging force and historically significant –
much like Georgia State University,” said Amy Fuller, chief strategy officer at Center
Parc and APCU. “Center Parc is ready to serve the students, faculty, staff and fans of
Georgia State and members of the surrounding community.”

With plans on the horizon to support financial literacy and awareness among Georgia
State students and faculty, Center Parc’s partnership with the university will extend
well beyond the walls of Center Parc Stadium.