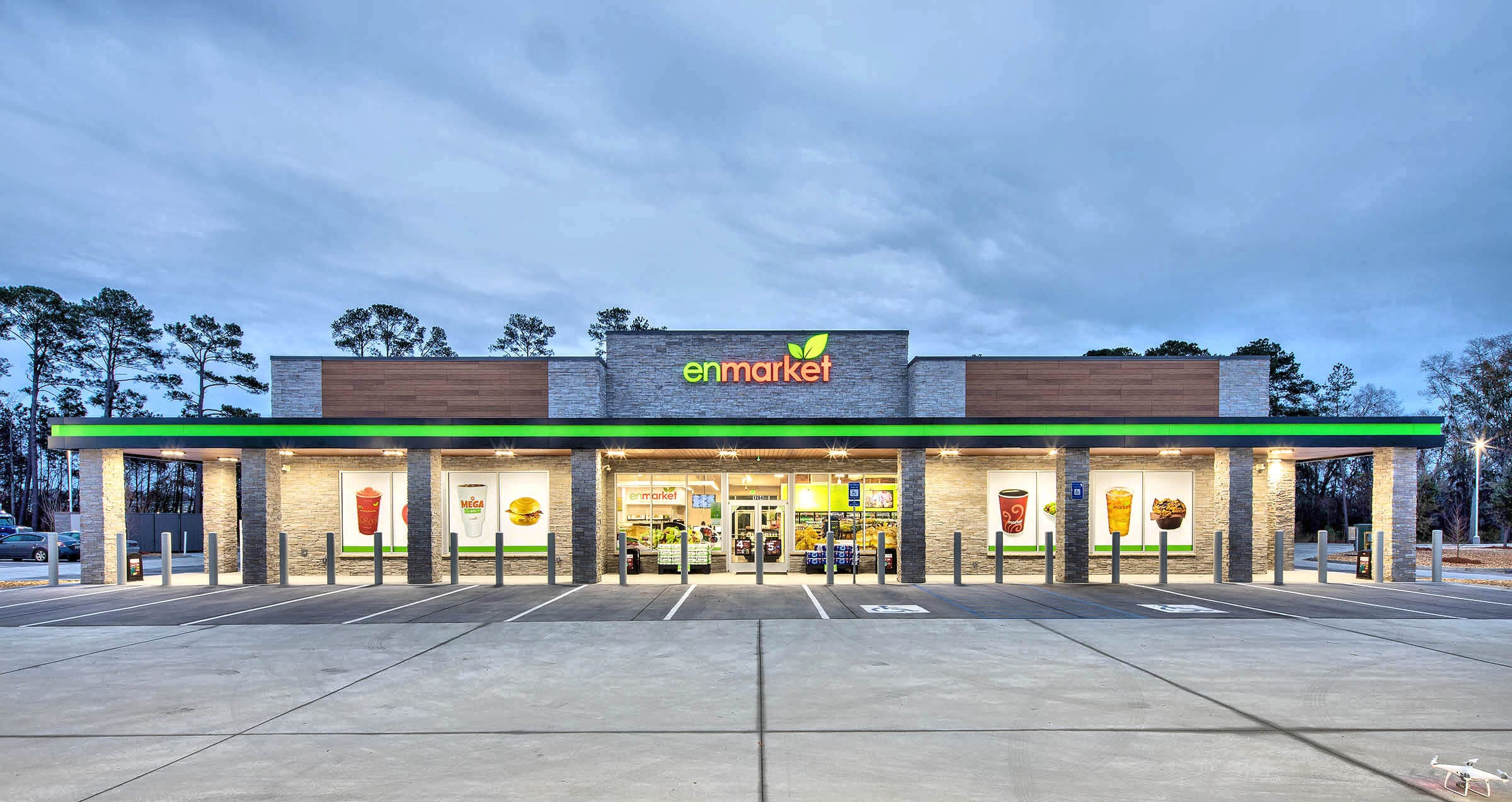 The new Pooler store – Enmarket’s fourth in the west Chatham municipality – becomes the 128th store in the growing Savannah-based chain of convenience stores. The chain’s expansion in Chatham County beginning in 2020 went from the eastside coastal municipality of Thunderbolt to the explosively growing west Chatham area, including Port Wentworth.

The basic “bones” of the newest building became the fourth store built to Enmarket’s new prototype store design. Like the store that opened earlier this year in Port Wentworth, this iteration is a travel center adapted to dual roles for truck traffic and consumer motorists.

“Growth in the Pooler area called for an additional store, and it needed to be a travel center to serve the diverse demands in that area. You have the growing residential population in that area to serve, and that area of the county is also a pipeline into the Port of Savannah, calling for truck services,” said Brett Giesick, president of Enmarket. 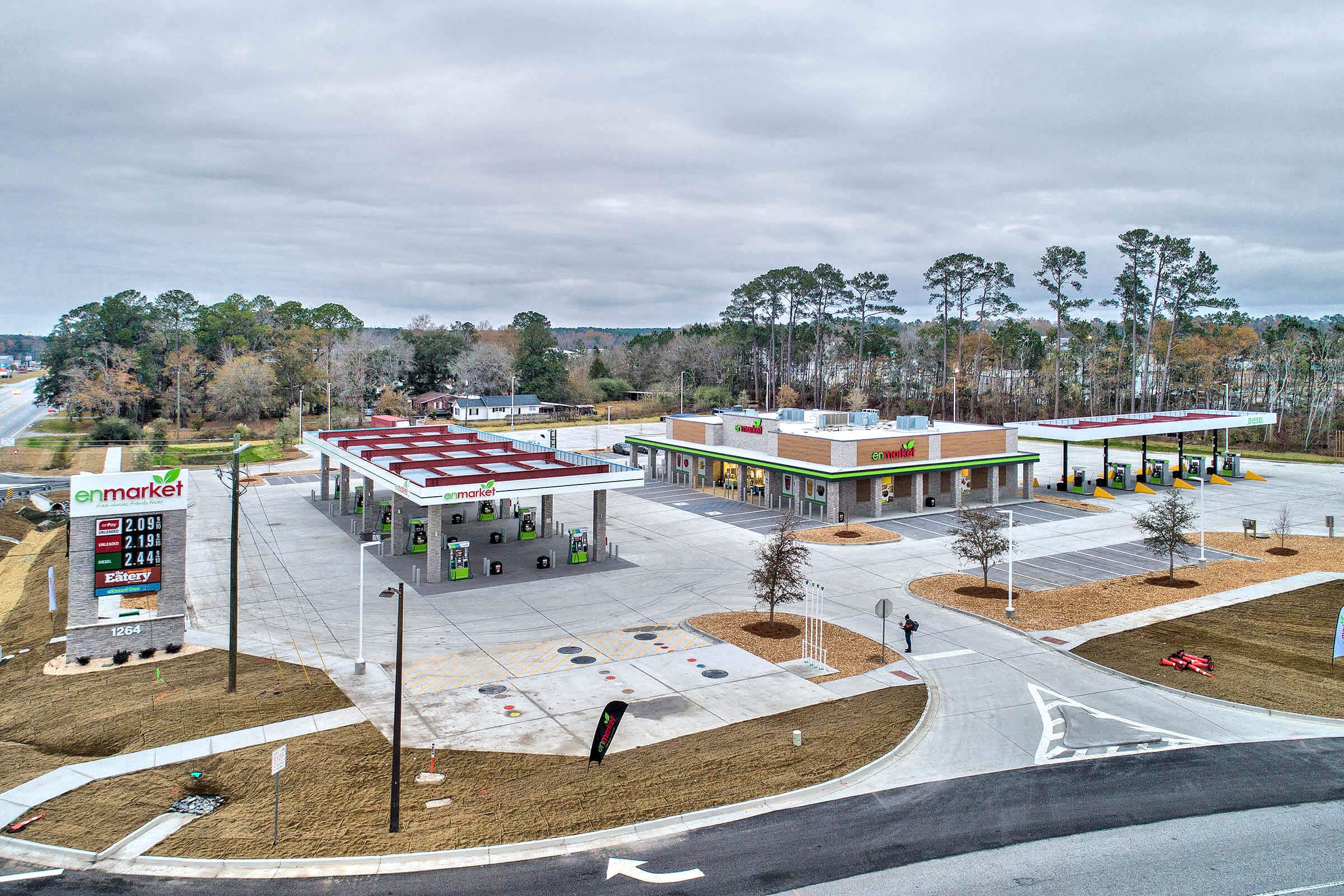 The new store offers The Eatery, Enmarket’s signature kitchen which will offer hot food for all three dayparts as well as freshly made grab-and-go food options, bean-to-cup coffee and Mooz frozen yogurt. The fuel selection is unleaded, mid-grade, premium, non-ethanol, diesel and truck diesel. Customers looking to bypass the checkout line will have the option of using self-service registers or their mobile phone, utilizing mobile checkout technology with the Skip Checkout app.

The opening of the store created about 20 jobs.

The four Enmarket stores that have opened in the past 10 months are strategically based around Chatham County – the growing commercial area developing around U.S. Highway 17 and Chatham Parkway, a Port Wentworth store whose clientele includes truck traffic serving the Port of Savannah, a Thunderbolt store in eastern Chatham serving as a gateway to the suburban islands, and the newly opened location serving the fast-growing Pooler area. All four are variations on the modern prototype.

West Construction was the general contractor on the new store.

ABOUT ENMARKET
Enmarket, Savannah’s largest convenience store chain, employs more than 1,300 people and operates 128 convenience stores, 14 quick-serve restaurants and a fast casual restaurant as the 49th largest convenience store operator in the country. Founded as Interstate Stations by Robert Demere in 1963, the retailer operates convenience stores in Georgia, South Carolina and North Carolina and was noted as the industry’s “Biggest Mover” in store count ranking by Convenience Store News in 2018. The company is committed to giving back to the community through many charitable contributions and volunteer efforts, offering fresh food, healthy snacks, and competitively priced quality fuel as part of its mission to enrich life. www.enmarket.com