(SAVANNAH, GA) The year was 1946. The United Nations General Assembly held its first meeting in London. In The U.S., the Atomic Energy Commission was established, and in Savannah, Charles J. Russo Sr. opened a seafood business with his wife Antoinette. Now, seventy years later, Russo’s Seafoods of Savannah is still known as one of the finest distributors of wholesale/retail Georgia white shrimp, blue crab, fish and fresh quality seafood in the southeast.

The founder of Russo’s Seafoods, Charles J. Russo, Sr., was introduced to the seafood business by Louis Rayola. Having just graduated from Benedictine Military School in 1931, Russo Sr. was offered a job by Rayola after a chance meeting at the Post Office where Russo, Sr. had just applied for a position. While working at Rayola’s fish market, Russo, Sr. also worked part time at the Post Office until he was sent overseas as a chief petty officer during the war.

After returning from the war, Charles J. Russo, Sr. and his wife, Antoinette Russo, opened up Russo’s Seafoods when Antoinette’s mother lent them the money to get started. The oldest son, Russo, Jr. joined the family business after graduating from Benedictine Military School in 1961 and briefly working on a Salmon boat in Ketchikan, Alaska. Eight years later, this family business had grown so much, they relocated the market from its original location at the corner of Waters Ave and 31st Ln into a larger facility, located at the corner of Abercorn and 40th St where it remains today.

Since opening 70 years ago, Russo’s Seafoods has epitomized its motto, “There is a Difference,” by offering the highest quality of seafood, prepared in the cleanest and most sanitary surroundings in the southeast. Local customers enjoy a showcase of freshly prepared shrimp, scallops, oysters, crabmeat, and assorted fish, cut to order. The business also carries a full line of frozen seafood and ships overnight to customers nationwide.

The Russo’s Seafoods Restaurant, which opened in 2006, is located next door to the business, in an old home the family restored and decorated in a nautical style. There, guests feel more like family than patrons and are surrounded by fishnets, ships’ wheels and Russo family pictures, most prominently highlighting founders Charles Jr. and his fishing and shrimping pals. Lunch is served daily Tuesday through Saturday with mouth-watering dishes that feature fresh crab, famous family recipe crab stew, shrimp and any fish can be made to order with advance notice.

“The fact that our business has survived for 70 years is a testament to the loyalty of my customers,” said Russo Jr. “We owe our success to them and the beautiful coastal waterways we live on. Savannah is truly a one-of-a-kind place.”

The public is invited to stop by the restaurant, located at 209 E 40th St, Savannah, GA 31401, to share a story or a sign a beautiful coastal print which will be hung in the store to commemorate the past 70 years. 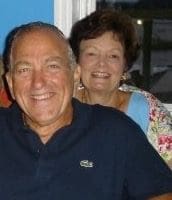 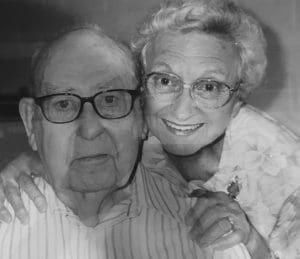 ABOUT RUSSO’S SEAFOODS
Since opening in 1946, Russo’s Seafoods has offered the highest quality of seafood, prepared in the cleanest and most sanitary surroundings in the southeast. Local customers enjoy a showcase of freshly prepared shrimp, scallops, crabmeat, oysters and assorted fish, cut to order. The business also carries a full line of frozen seafood and ships overnight to customers nationwide. Located on Abercorn at 40th streets in Savannah, the current operator is Charles J. Russo Jr., second generation of the original owners. The business also includes a restaurant located next door, where lunch is served daily Tuesday through Saturday, with mouth-watering dishes that feature fresh crab, shrimp and fish. For more information, visit Russo Seafood, 201 East 40th Street at Abercorn, Savannah, Ga., 31401, call 912-234-5196 (toll-free 866-234-5196), or visit online at http://www.russoseafood.com/ and like us on Facebook at https://www.facebook.com/CharlesRussoSeafood/?fref=ts.