Thomas’s film credits include the first two installments of the “Storm Soldiers” trilogy, the upcoming documentary “Love, Sweat & Tears,” and a variety of other notable film and television projects. She studied motion graphics at the Savannah College of Art and Design and has experience as a motion graphic editor.

Thomas will educate audiences about how to combine various software to render and complete projects using specific and creative skills. Her presentation will serve as an example of how she, with Tytan Pictures, has used these programs to develop unique outcomes in the film industry.

For further inquiries about Thomas and her work, contact Tytan Pictures at (912) 786-9006 or visit tytancreates.com. More information about the conference is available at adobevideoworld.com

ABOUT 5417 HOLDINGS and TYTAN PICTURES
5417 Holdings is a global producer of film and production materials. Tytan Pictures, a subsidiary of 5417 Holdings, oversees production, distribution, entertainment, products, services and technologies. Specializing in cinematography and film production and integration, Tytan Pictures’ national team of seasoned storytellers travel across the country allowing people, products, and personalities, to convey their unique story in “their best light.” As branding strategists and entertainment executives for over 30 years, Tytan Pictures’ perspective provides an insight into projects such as documentaries, short films and commercials. The company is located at 1006 HWY 80 on Tybee Island, Ga. 31328. For more information, please go to tytancreates.com. 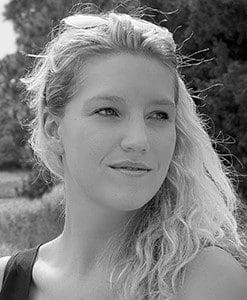