(SAVANNAH, GA) The Partnership for a Healthier America (PHA) announces the launch of a month-long customer donation campaign with enmarket, a convenience store chain operating in over 60 locations in the U.S. Money raised will go towards supporting PHA’s mission to ensure all kids can grow up at a healthy weight.

Throughout the month of January, customers at any of Enmarket’s convenience stores in Georgia, South Carolina and North Carolina can add $1 to purchases at checkout in support of a healthier future for our nation’s children. PHA is a nonpartisan, nonprofit organization that works with the private sector and PHA Honorary Chair First Lady Michelle Obama to make healthier choices easier.

“Access to healthy foods is essential for making sure kids live a long, healthy life. This campaign and Enmarket’s commitment to providing healthier options in convenience stores will help us make healthy choices easier for children and families — no matter where they live,” said PHA President and CEO Lawrence A. Soler.

Since partnering with PHA in May 2016, Enmarket has increased the number of fruits, vegetables, whole grains, and low-fat and nonfat dairy available in its stores. Additionally, Enmarket works to provide healthier options for Grab and Go items and makes sure healthier options remain affordable.

ABOUT PARTNERSHIP FOR A HEALTHIER AMERICA
The Partnership for a Healthier America (PHA) is devoted to working with the private sector to ensure the health of our nation’s youth by solving the childhood obesity crisis. In 2010, PHA was created in conjunction with – but independent from – First Lady Michelle Obama’s Let’s Move! effort. PHA is a nonpartisan nonprofit organization that is led by some of the nation’s most respected health and childhood obesity experts. PHA brings together public, private and nonprofit leaders to broker meaningful commitments and develop strategies to end childhood obesity. Most important, PHA ensures that commitments made are commitments kept by working with unbiased, third parties to monitor and publicly report on the progress our partners are making. For more information about PHA, please visit www.aHealthierAmerica.org and follow PHA on Twitter @PHAnews.

ABOUT ENMARKET
Founded as Interstate Stations in 1963 by Robert Demere, Enmark Stations, Inc., which recently rebranded as enmarket, is a family-run business committed to offering its customers top-notch service and superior products. Today, the Savannah-based company, which celebrated its 50-year anniversary in 2013, operates 60 stores in Georgia, South Carolina and North Carolina. Enmarket’s mission is to Enrich Life! Stores offer freshly prepared food and healthy snacks, high-quality double filtered gasoline, beverages, lottery services and more. Enmarket customers can save up to $.10 per gallon by using the company’s Cash Card, a reloadable stored-value card that can be used directly at the pump. Coupons, promotions, and a location finder are available on the free mobile app. For more information on enmarket, please call 912-236-1331 or visit www.enmarket.com. Follow enmarket on Twitter at @enmarkenjoy.

Cynthia Wright, One of Savannah’s Rising Stars of Business, to be honored Jan. 18

Cynthia Wright, One of Savannah’s Rising Stars of Business, to be honored Jan. 18

For the seventh year in a row, the two publications have teamed up to profile the area’s 40-and-under leaders who have distinguished themselves by their professional achievements and philanthropic service within Savannah and the Coastal Empire.

“The breadth and depth of talent and creativity exhibited by the Generation NEXT class of 2017 assures me that the future of our community is in good hands,” said Amy Paige Condon, editor of Savannah magazine. “Individually and collectively, these young leaders possess such a strong commitment to building their businesses here and an even stronger ethic for giving back to greater Savannah. They stand shoulder to shoulder with previous honorees, and I’m eager to see what impact they’ll have in the years ahead.”

Winners of the 2017 “Generation NEXT: Savannah’s Rising Stars of Business” are:

These honorees will be featured in the January/February 2017 issue of Savannah magazine, on SavannahMagazine.com and in the Wednesday, Jan. 18, 2016, issue of BiS.

Tickets are $20. Admission includes light appetizers and two drink tickets. A cash bar will be available. Tickets can be purchased at generationnext2017.cityspin.com.

JE Dunn Construction is the Gold Sponsor, and Service Brewing Co. is the Bronze Sponsor.

Business in Savannah (BiS) and Savannah magazine are both publications of the Savannah Morning News. Since 2009, the monthly BiS has been keeping Savannahians apprised of the business trends shaping our city’s economy. Go to businessinsavannah.com.

For 27 years, the bimonthly Savannah magazine has served as Savannah’s premier city magazine, interpreting the community’s unique cultural identity with smart, layered, inclusive stories and arresting imagery. For a curated escape from the everyday, go to SavannahMagazine.com. 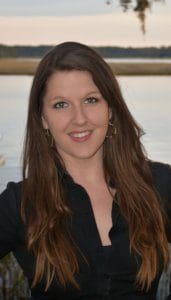 Cynthia was named a Rising Star in Business by Savannah Magazine and Savannah Morning News in 2017. She serves as President of the Savannah Jaycees, which is celebrating their 75th anniversary.

Cynthia graduated from Georgia Southern University with a Bachelors in Communications focusing on Public Relations. She is one of six students to receive L.E.A.P. certification, which recognizes PR professionals who have gone through Leadership, Experience in Communication, Academics, and Professionalism training. Cynthia also received a certification from the Dale Carnegie LIVE online training program, Getting Results Without Authority, and Savannah Speechcraft for Professional Women course sponsored by Toastmasters International. In 2004, she earned national recognition at the International Student Media Festival for “Escape from Vietnam,” a website created by Cynthia and three of her peers.

Cynthia was the Publicity Chairperson for the Savannah United in Prayer event held on September 11, 2016, in Forsyth Park by the Community Intercessors. Cynthia has additionally supported community relations efforts of the Ronald McDonald House Charities.