A unique advantage of working with our firms is our organizational structure. A team of senior publicists brings specialized industry expertise and comprehensive media relationships to every account. Guided by a methodical and proactive approach, Carriage Trade Public Relations consistently delivers maximum exposure for our clients and their interests.

As author of the REPUTATION MATRIX, Marjorie holds frequent PR bootcamps and monthly online coaching webinars that empower business owners and nonprofit organizations to take control of their PR, brand, and message. Marjorie is the founder and the host of OPEN FOR BUSINESS, a show that airs on SGTV. She also founded COMMUNITY HEADLINES™, the local newswire service to the media.

She graduated from the University of Maryland with a degree in journalism and a minor in fine arts. Her daughter, Dr. Carol Young, graduated from Georgia Tech with a Ph.D. in Robotics/Artificial Intelligence Engineering in 2019. 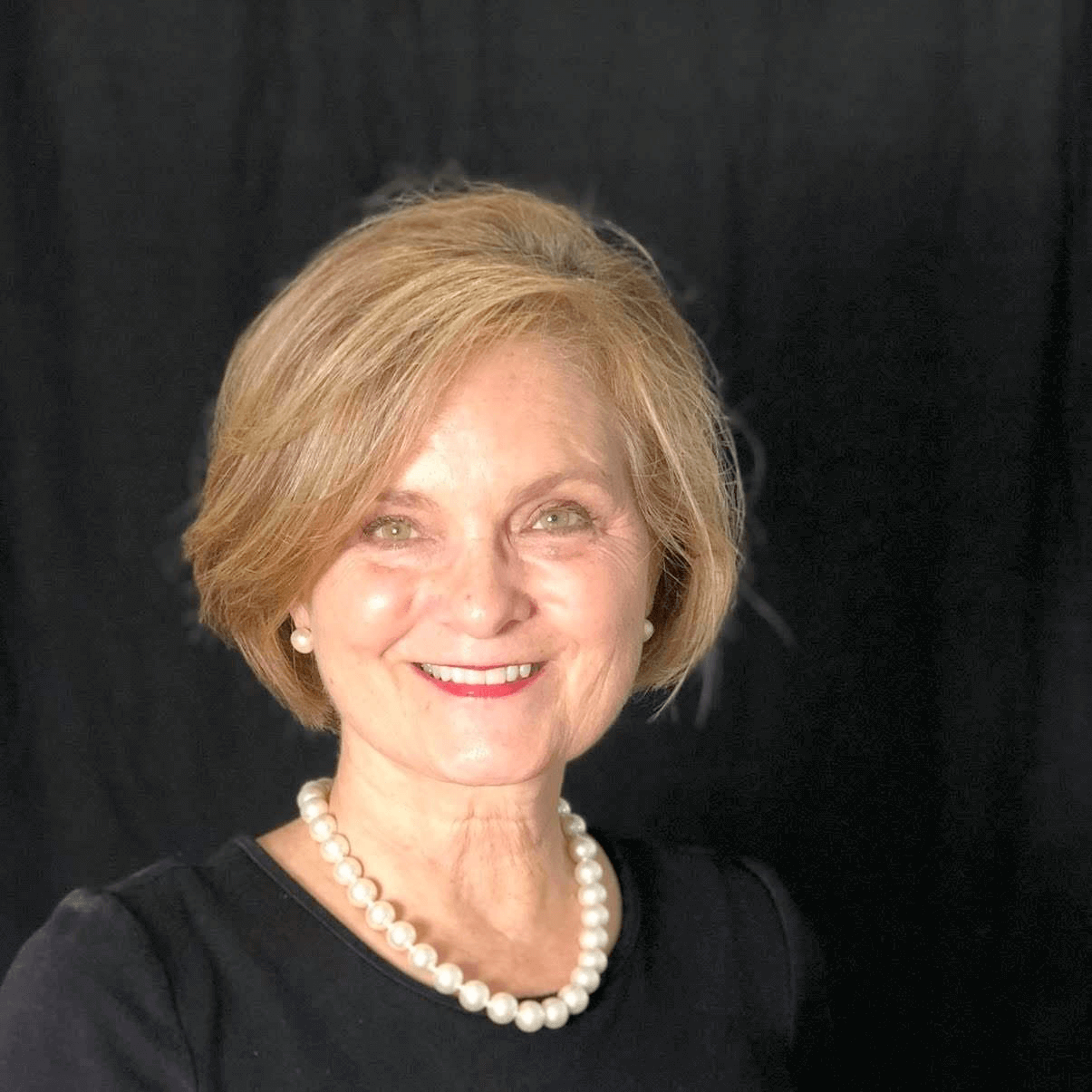 Alicia Delory Barksdale serves as a public relations coordinator for Carriage Trade Public Relations. She is responsible for managing clients, coordinating media coverage, optimizing content.  She is a freelance writer, editor, content strategist, TEDx speaker, and the author of the Amazon Military Family Bestseller and #1 New Release SOMETHING IS BETTER THAN NOTHING.  She is currently working on her second book.  Alicia is a Georgia Southern University graduate and holds an M.F.A. in Creative Writing from Fairfield University.  Originally from Warwick, RI, Alicia has lived in Georgia for nearly 15 years.  When she’s not working or chasing her toddler around, she enjoys working out, cooking, improv, and arts & crafts. 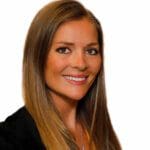 Myandi J. Peterson is originally from Upstate, New York. She is a graduate of Liberty University in Lynchburg, Va., with a bachelor’s degree in communications and a concentration in broadcast journalism. Myandi was formerly employed as a production assistant at WTOC TV and served as Carriage Trade PR’s public relations coordinator for a number of years. Now, she continues to employ her 16 years of public relations and marketing expertise, while implementing new ideas and systems that will help the company grow and thrive during these changing times.

Myandi has also helped several businesses up and down the east coast increase visibility within their communities. She has a passion for working with charitable opportunities and getting involved and giving back to communities. She is also a licensed real estate agent, which is a natural extension of her passion for family and community.  She additionally plays an active role in supporting, managing and marketing her husband’s entertainment business as a solo musician. She and her husband, Shannon, have two children, Cullen and Delanie. Myandi also enjoys running and has completed three marathons and 10 half-marathons. 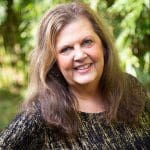 Savannah native Carmel (Garvin) Hearn has been a writer and video producer for more than 30 years and has been a member of Carriage Trade PR’s Visibility Team since 2014. Her passion is in radio and television with experience creating content for live national broadcasts, syndicated television, local news, corporate videos and educational programming. Starting out as part-time TV production crew member while earning a degree in English, Carmel’s career path led her to become a news and weather anchor at WSAV TV in Savannah, then to serve as the City of Savannah’s original cable access coordinator, where she developed and managed the local government access channel. After relocating to Atlanta in 1998, Carmel wrote for the Emmy-nominated Jim Fowler’s Life in the Wild television series and then served as the lead video producer for an Atlanta-based marketing agency, where she also managed national accounts. Today, she produces live content for America’s most trusted TV news network and develops marketing, communications and publicity materials for hometown-to-national clients. In her leisure time, she enjoys writing and participating in theatrical productions.  Most of all, she enjoys surf, sand, fishing and fun with family and friends on the Georgia coast.

Catalina Garcia-Quick has over 25 years of cross-functional senior level management experience and has an extensive background in public relations, operations and business development – specifically, strategic planning, process development, fiscal planning, project management, data management, and communications. Catalina’s career started in the automotive industry where she “worked her way up” from running parts to being one of the first female Parts & Service Directors in the State of California for Daimler/ Chrysler Corporation. After several years at the dealer level, Catalina moved into product development with the Cobalt Group (now CDKGlobal) – North America’s leading provider of automotive retailing solutions. There she worked to bring her dealer-level expertise into building & selling an integrated suite of products & services to help automotive dealers leverage internet-based technology to sell more cars and services. After ten years of working with over 17 auto manufacturers, she left the “leave home Sunday come home Friday life” and decided to pursue her passion for community service in the non-profit sector.

Catalina grew up as an “at-risk” student with a passion for education and has worked for over 30 years as a mentor and volunteer to ensure “at-risk” students achieve success. Her non-profit career began in 1989 when she assisted her uncle in setting up a community center in Oakland, CA. She has spent the last 18+ years working at the Executive Level in public relations, fundraising, development, and operations and is currently serves as the President of the Board for CIS of Savannah, and as a Board Member for the YMCA of Coastal Georgia. 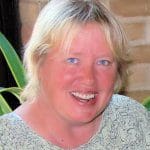 She is also busy backstage during Community Headlines Live and other Carriage Trade PR streaming video productions. Elizabeth has a passion for visual media, and she is proficient in Adobe Creative Suite and other creative content programs.

Elizabeth was raised on the East Coast, but she now lives with her family in the beautiful Cuyuna Lakes region of Northern Minnesota where she enjoys photography, swimming, boating, and snowmobiling. 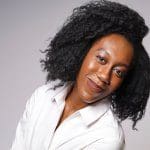 Frandasia Williams serves as  Media Relations Liaison for Carriage Trade Public Relations. She is responsible for sharing our client’s news with local media, hosting video, and live-stream content for clients of the firm. Frandasia received her MFA in Performing Arts from Savannah College of Art and Design and is also the owner and founder of Guided Surrender, a lifestyle and Wellness company.  She received her yoga teacher training from Apprentice Yoga School based in Houston, Texas and currently teaches yoga and improvisation techniques to guests all around the world. Frandasia is also a writer for Yogi Approved, Medium.com, Co-Learn, and her personal blog at Guidedsurrender.com. 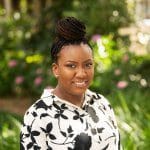 Kayla Logan is a Georgia Southern University graduate with a bachelor’s degree in public relations. She currently serves as an AmeriCorps Volunteer in Service To America (VISTA) Leader for Step Up Savannah.

The Milwaukee, Wisconsin native is passionate about serving her community and volunteers as the communications board chair for the Association of Fundraising Professionals Coastal Georgia Chapter.

When she is not working or volunteering in the community, you can catch her on the couch reading a good book or binge-watching some of her favorite shows on Netflix. 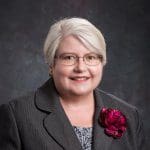 Betty is a UGA-trained journalist whose career has pinged back and forth among newspapers, magazines, and marketing. She logged a total of 12 years with daily newspapers, three in Rome and nine in Savannah, working predominantly hard news beats. She also served as managing editor of a business weekly, handled specialty publications for a daily newspaper, and worked as a copyeditor and proofreader for Savannah magazine – work she now continues as a freelancer.

In marketing, she worked for the Savannah public schools for six years, including involvement in the pre-ESPLOST passage of the first successful bond referendum in Chatham County since desegregation. Betty also has worked for two hospitals for a total of eight years, producing magazines and other print materials, assisting with media relations, and planning events and campaigns. Additionally, she has maintained a successful freelance career, sometimes in addition to regular employment and sometimes on a full-time basis. She co-authored the first seven editions of Globe-Pequot’s book “Insider’s Guide to Savannah and Hilton Head Island.” Along with editing and proofreading for clients such as Savannah Morning News’s Beacon, a quarterly magazine, she copyedits individuals’ manuscripts. Her writing appears regularly in Georgia Trend magazine.

Elizabeth Goines is from Atlanta, GA and is currently studying public relations at Georgia Southern University, where she’s been on both the dean’s list and president’s list.

She is a member of the GSU Women’s Tennis Team at Georgia Southern on a full athletic scholarship. Being a student-athlete, she is well-versed in teamwork, time management, and organization.

Elizabeth is very involved with the Georgia Southern Athletic Department and has represented them on multiple occasions in promotional videos and speaking engagements.  This led to her desire to pursue a career in public relations.

Gale is a retired newspaper editor and writer who spent more than 40 years in the industry. He is a graduate of the University of Missouri School of Journalism who began his career as a reporter with The Daily News in Springfield where he went on to become the newspaper’s city editor and managing editor. When USA TODAY was founded in the early 1980s, Gale was among the Gannett Corporation staffers who were moved to its offices in suburban Washington, D.C. He moved from there to the Rocky Mountain News in Denver as special projects editor and later a news editor and metro editor. As part of his final project for the newspaper he worked with the League of Women Voters, local broadcast media and others to develop an education agenda for public schools in the Denver metro area. He also served as executive editor for The Trentonian in Trenton, N.J.; as managing editor for The Morning News in Rockford, Ill.; and as managing editor of the Savannah (Ga.) Morning News where he oversaw newsroom operations, served as the newspaper’s business editor and wrote editorials.

Now he lives on a rural hillside with four cats and spends time watching his great-nieces and great-nephews grow up.