The donation was raised through the after-hours networking event held the first Wednesday of each month. The Maritime community prides itself as being “a huge economic engine.” Donations like this $1,000 to the RMHC are made possible through the ongoing success of the Maritime After-Hours programs. For more information on this donation or how to get your organization added to the recipient list, contact Billy Robinson at billy@portcitylogistics.com.

ABOUT THE RONALD MCDONALD HOUSE OF THE COASTAL EMPIRE
One of 289 Ronald McDonald Houses worldwide, each House is an independent non-profit, 501 c (3) community organization. The Savannah House is governed by a 21-member Board of Directors and managed by a full-time staff of four. The mission of Ronald McDonald House Charities of the Coastal Empire is to create, find and support programs that directly enhance the health and well-being of children and families. The House has thirteen bedrooms and operates on a waiting list most of the year. The Savannah Ronald McDonald House provides a “home away from home” for families who live more than thirty miles away and who have a critically ill or injured child receiving treatment at Memorial Children’s Hospital, Candler Hospital, or where needed in the Coastal Empire. Since the House first opened its doors in 1987, over 8,700 families have been served. The house currently serves approximately 250 families each year. Although the average length of stay runs 16 days, some families stay much longer. 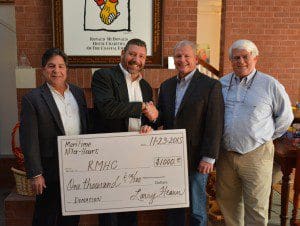