(SAVANNAH, GA) On Tuesday, April 19, a project one hundred years in the making was placed in the hands of some of the people who helped develop a Savannah-based company into one of America’s largest privately held companies with several diverse subsidiaries.

A 100th-anniversary book on the history of Colonial Group Inc. was presented to a group of 50+ Colonial retirees who gathered for a luncheon at the Enmarket Headquarters to receive their copies of the book. While the company is still family-owned and led by the fourth generation of the Demere family, at its heart is a group of more than 2,000 dedicated employees, also known as the “Colonial family.”

Many of those gathered had served Colonial since its earliest days and all were instrumental in developing the story revealed on the pages of the book entitled, “Mixing Oil and Water.” 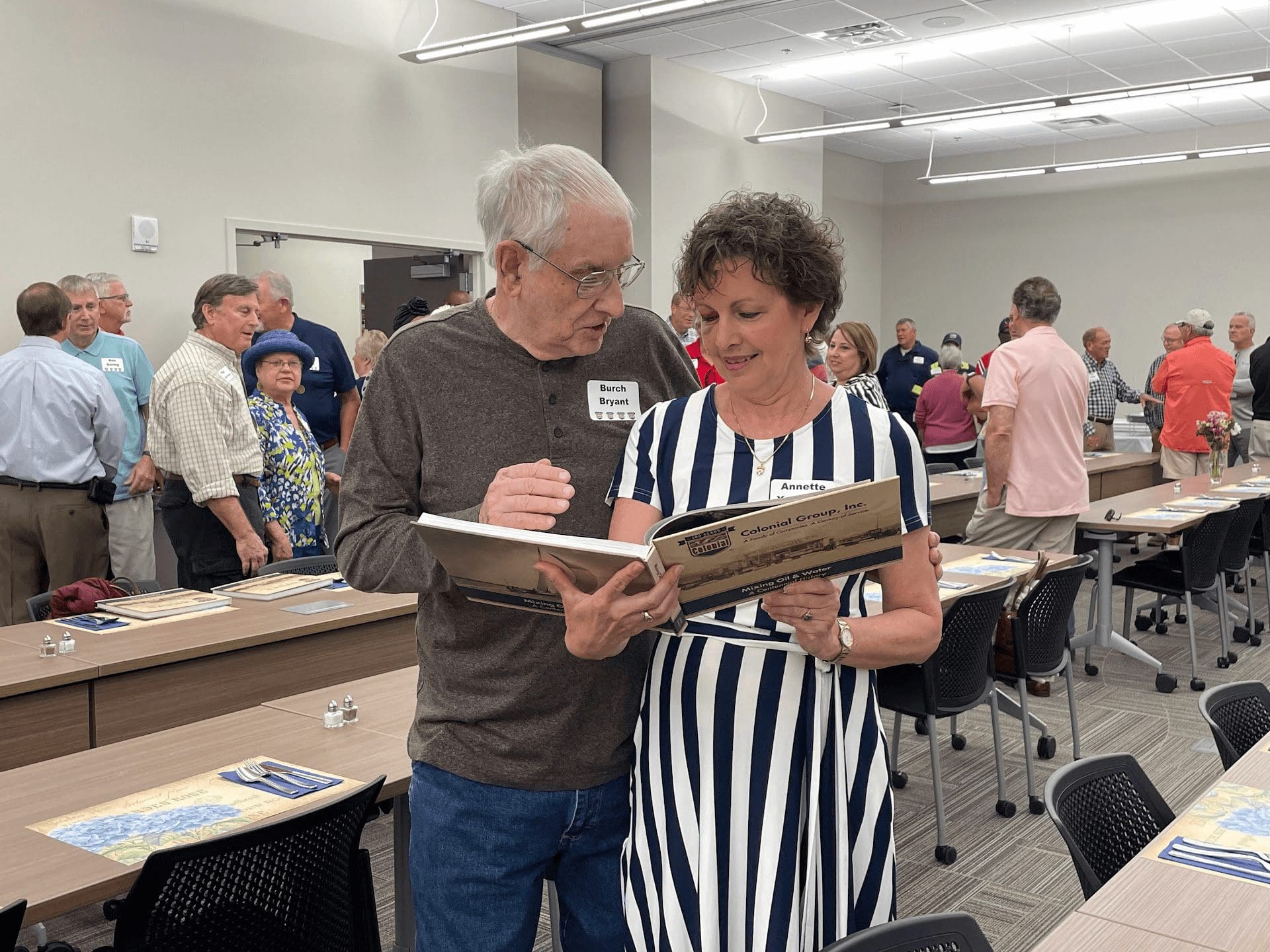 The book tells the story of the company’s founding in Savannah by Raymond Demere in 1921 and explains how the Demere family has served the company and the Savannah community for multiple generations. But it also pays tribute to what employees call “The Colonial Culture” and how their work for the company means much more than a paycheck.

The corporation operates in numerous states, employs over 2,000 people, spans diverse business sectors, and continues to grow in the markets it serves.

Every current employee of the Colonial Group will receive a copy of “Mixing Oil and Water.” Copies of the book will also be presented to the Live Oak Public Libraries to be made available for public viewing.

The company celebrated Colonial’s 100th anniversary in July 2021 by unveiling a historical marker in cooperation with the Georgia Historical Society on the site of Colonial’s first service station in Savannah. The Georgia Historical Society also created a case study and company profile about Colonial as an educational resource for Georgia middle school students, which was made available to educators during the 2021 school year.

ABOUT COLONIAL GROUP INC.
A fourth generation family-owned business founded in 1921, Colonial Group Inc. (“Colonial Group”) is a diversified energy and port-related company headquartered in Savannah and one of America’s largest privately-held companies. In 2021, the company marked its 100th anniversary by celebrating with its dedicated team of more than 2,000 employees, giving to hometown causes and observing historical milestones. Over the years, the business has diversified to be the umbrella company of Colonial Oil, Colonial Terminals, Colonial Fuel & Lubricant Services, Enmarket, Colonial Energy, Colonial Chemical Solutions, Colonial Towing, Savannah Yacht Center and Aqua Smart. For more information on Colonial Group Inc., please visit www.colonialgroupinc.com.